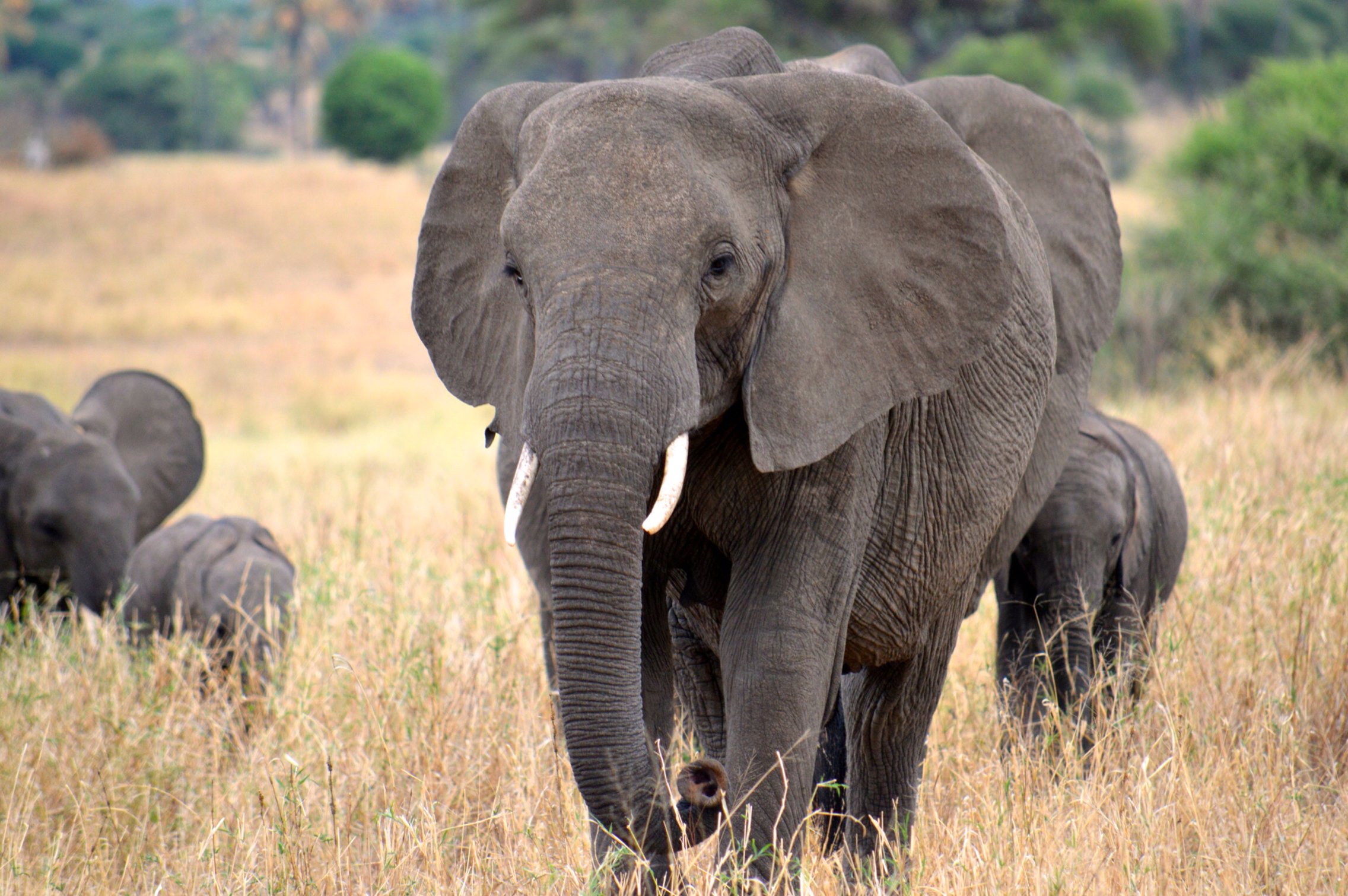 At Ol Pejeta Conservancy in Kenya, armed guards protect a northern white rhino named Sudan. Sudan is the last living male of his kind. As one of just three northern white rhinos on Earth (the other two, females, are also under protection at Ol Pejeta), Sudan is a constant reminder that rhinos are in trouble. Their greatest enemy? Poachers.

Poachers hunt rhinos for their horns, which people in some parts of the world value as medicine. Even though rhino horn has no medicinal value (in fact, it’s simply keratin, the same substance that makes up human fingernails), rhinos have paid the price for this myth.

Rhinos aren’t the only ones that suffer because of poachers’ greed. Elephants, tigers, pangolins, sharks, manta rays, and other animals are also hunted and sometimes killed for their parts. Rhinos die for their horns, elephants for their tusks, tigers for their skins, pangolins for their scales, sharks for their fins, and mantas for their gill rakers.

Poachers do what they do because they make money doing it. Sadly, there is a lot of demand for animal-derived products as “medicine,” as decoration, and even as ingredients in expensive soup. For instance, like rhino horns, some people believe manta gill rakers can cure diseases. (Also like rhino horns, they can’t.)

Ivory from elephant tusks and beautifully patterned animal skins may make nice decorations, but at what price? Similarly, shark fin soup is an expensive treat in China, but the cost is great in more than one way. Shark finning is a practice in which fishermen slice off sharks’ fins (often for shark fin soup) and release the animals back into the water to die. If this sounds cruel, it is; but it’s also more than cruel—it’s destructive to sharks’ ecosystem: the ocean.

Sharks are important predators in the marine food chain. Killing sharks for their fins, therefore, impacts the entire food web. For each and every species poachers decimate out of greed, there are ripple effects within that species’ greater ecosystem. Thankfully, there are more good guys than bad guys in the fight against the illegal wildlife trade.

Today marks the beginning of CITES CoP17 in Johannesburg, South Africa, a meeting that brings international governments together to help curb the multi-billion-dollar business that is wildlife trafficking. The destruction of species for economic gain is an issue we can work together to address through education and awareness, and by cutting off demand.

When the buying stops, the killing can too. —WildAid.org

Here are some steps you and your family can take to avoid adding to the demand for illegal wildlife products:

Besides cutting off demand, we can also try to make poaching more difficult and, therefore, less profitable. In many countries, foot patrols are the most common approach to protecting endangered animals from poachers, but anti-poaching technology is making patrolling more efficient and effective.

Another anti-poaching technology solution is helping rangers protect rhinos in a private game reserve near Kruger National Park in South Africa. Rangers are using cameras, drones, and sensors to closely monitor and track people from the time they enter the reserve until the time they exit the reserve. By tracking people, rangers can better protect rhinos.

If the global community continues to work together to make it more difficult and less profitable to commit wildlife crimes, we can start putting an end to the illegal wildlife trade. High-tech anti-poaching solutions are important, but so is reducing the demand for illegal wildlife products through education and awareness.