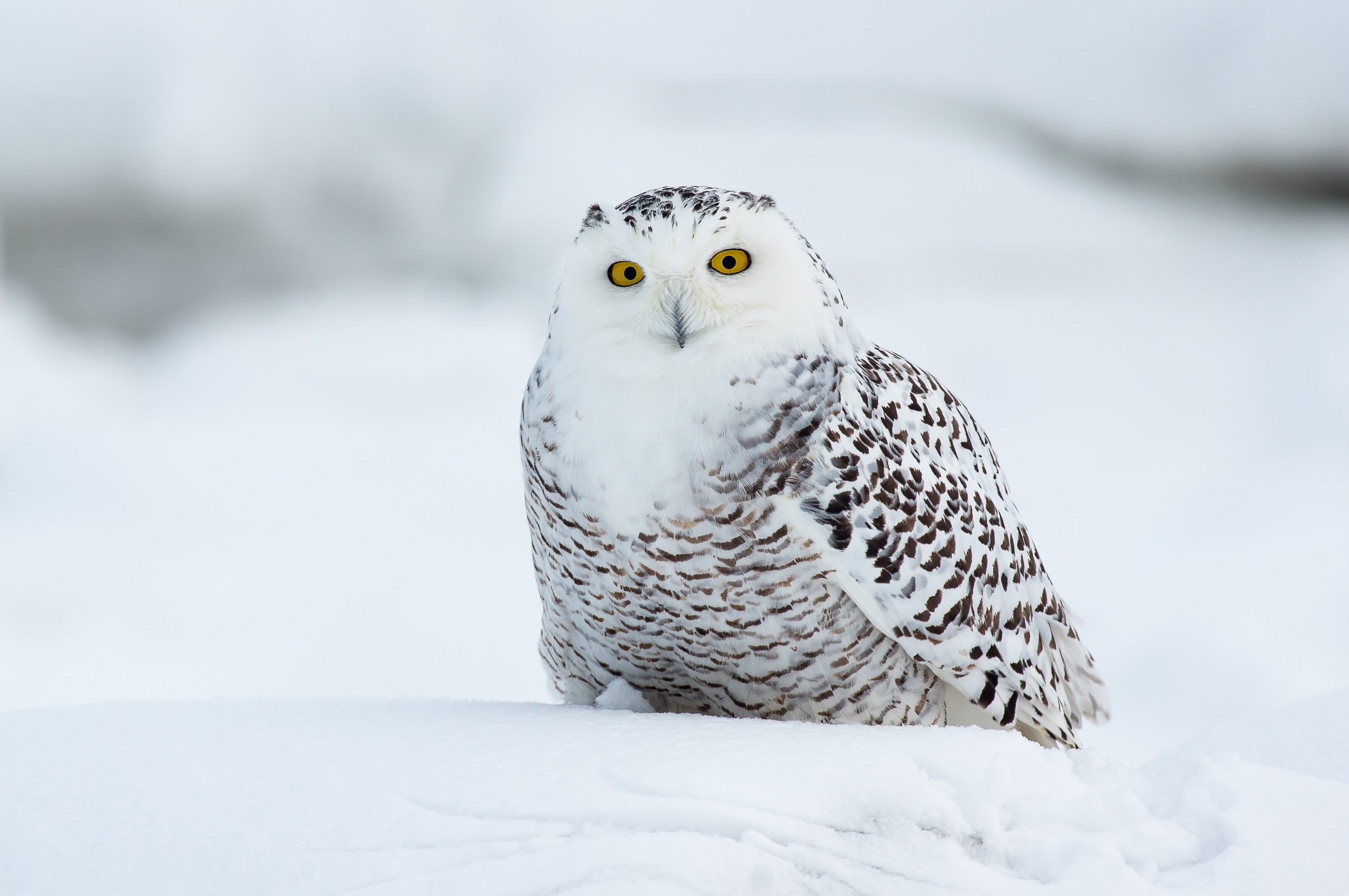 ‘Tis the season for freshly fallen snow, warm blankets, and holiday cheer (and scraping ice from car windshields). For humans in the northern hemisphere, it’s the time of year for sledding and ice skating, cookie baking and ugly sweater parties, and cuddling up by the fireplace to watch classic movies. Unlike humans, many animal species—particularly in Arctic regions—are simply built for wintery conditions. Some of them even seem to embody the season itself (ahem, reindeer). Grab a cup of hot cocoa, and let’s take a look at just a few of these wonderfully wintery creatures.

Apart from Dasher and Dancer (and Prancer, Vixen, Comet, Cupid, Donner, Blitzen, and, of course, Rudolph), reindeer can’t fly. However, these animals of Christmas lore can’t help but conjure up images of Santa Claus and his elf-filled toy workshop in the North Pole.

Caribou (Rangifer tarandus)—also known as reindeer—are large herbivores that live in northern regions of North America, such as Alaska and Canada, as well as Greenland, northern Europe, and parts of Asia. There are several subspecies of Rangifer tarandus, including woodland and tundra varieties in North America, which are traditionally called “caribou,” while Eurasian subspecies are typically called “reindeer.” However, they’re all the same species.

Caribou/reindeer are well adapted to wintery temperatures. They’re covered head-to-toe in fur—and that includes their noses and hooves! A caribou’s fur has two layers, an undercoat covered by a layer of guard hairs that trap air and heat next to the animal’s body. These hollow guard hairs help caribou float, which comes in handy when they need to cross a river or stream. In winter conditions, the spongy pads on the bottom of a caribou’s hooves harden to provide grip as the animal walks on slippery surfaces such as ice or snow.

Fun fact: Both male and female caribou can grow antlers, and they are the only members of the deer family for which this is true. Caribou antlers shed each year before growing back.

With its striking snow white or salt-and-pepper coloration, large size, and piercing yellow eyes, it’s hard not to admire snowy owls (Bubo scandiacus). Snowy owls spend a lot of their time in cold climates, such as the Arctic tundra, where they nest. Their snowy plumage serves as camouflage by blending right in with wintery landscapes.

Snowy owls are diurnal—they sleep at night and are active during the day (like most humans and unlike most other owls). These predators perch somewhere high and use their excellent senses to detect prey down on the ground. Once it spots something tasty, a snowy owl swoops down for the kill, snatching up its prey with sharp talons. Snowy owls eat small animals such as rodents, rabbits, squirrels, birds, or even fish, but their favorite snack is a small, Arctic-dwelling rodent called a lemming.

Fun fact: Snowy owls become whiter as they mature, and males tend to have fewer black or brown markings than females. All-white or mostly white snowy owls, like Hedwig in the Harry Potter films, are almost always adult males.

>> Further Reading: A ‘Fantastic Beast’ & Where We Found It

Polar bears (Ursus maritimus) are large carnivores that have adapted to live on or near Arctic sea ice in places like Canada, Alaska, Greenland, and Russia. A polar bear’s dense water-resistant fur and thick layer of body fat helps keep its body warm. In fact, according to Polar Bears International, a polar bear is more likely to overheat than to suffer due to cold, thanks to its superb ability to retain heat.

Polar bears also have other adaptions for their wintery lives. Their large paws act like snow shoes, distributing their weight so they don’t sink into the snow as they walk. A polar bear’s paws are also webbed, which helps the animal swim.

Polar bears rely on Arctic sea ice to hunt their main prey—Arctic seals. Unfortunately, scientists have observed a decline in sea ice in recent years due to a gradual warming trend in Earth’s atmosphere and oceans. For polar bears to survive as a species, scientists, governments, and people like you and me must take a good hard look at what we can do to minimize our impact on the environment and, by extension, Earth’s climate. The U.S. and Canadian governments recently announced an agreement to prohibit offshore oil and gas drilling in most U.S. and Canadian Arctic waters in an effort to help preserve Arctic ecosystems and wildlife, like polar bears.