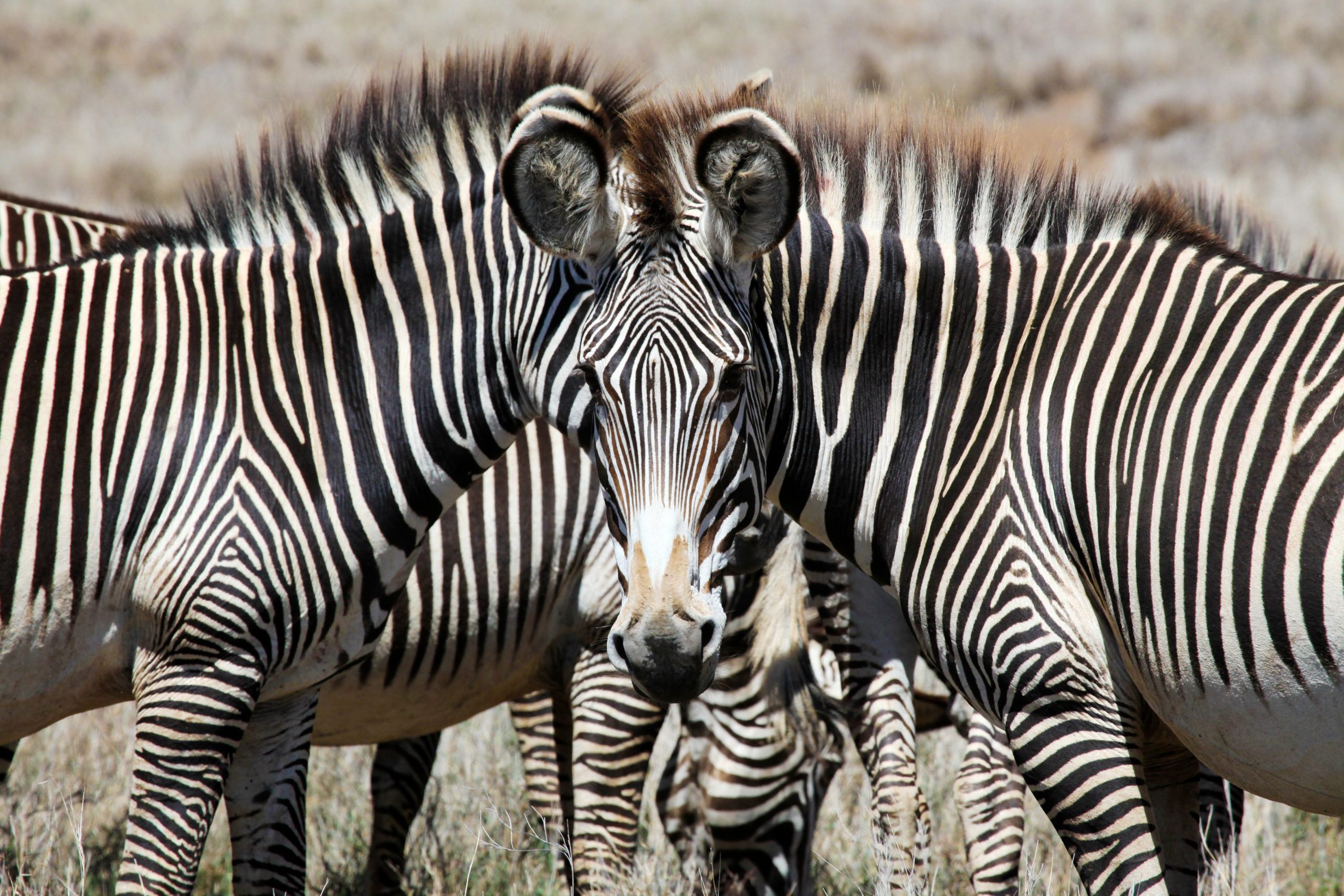 Posted by Bethanie Hestermann on November 13, 2016

Along with pandas, penguins, orcas, and skunks, zebras are well-known for their striking black-and-white coloration. But why do they have stripes in the first place? The short answer from the scientific community is: We don’t really know. But by asking questions and seeking answers through research, the scientific community is getting closer to the truth and learning more about zebras in the process.

More closely related to wild donkeys than plains or mountain zebras, Grévy’s zebras are the largest of the three species. Grévy’s zebras primarily inhabit the Horn of Africa, especially southern Ethiopia and northern Kenya, but they once roamed across more of the African continent. Thanks in part to habitat loss and overhunting, Grévy’s zebras are now an endangered species.

When it comes to zebra stripes, no two sets are exactly alike. Several hypotheses attempt to explain why zebra have stripes. Some hypotheses suggest a zebra’s bold pattern serves as camouflage, usually by way of background matching or disruptive coloration, in which the stripe pattern disrupts a predator’s ability to distinguish an individual zebra from its herd. Other hypotheses suggest stripes help keep zebras’ bodies cool or make it easier for zebras to identify each other.

One zebra-stripe hypothesis has to do with avoiding annoying—and potentially deadly—pests. In Africa, horse-flies and tsetse flies feed by sucking the blood of their hosts, such as zebras. As they feed, these flies can infect their hosts with deadly diseases. However, there is evidence that certain biting flies avoid black-and-white striped surfaces. Have scientists discovered the truth behind a zebra’s stripes at last?

Most likely, the “truth” behind a zebra’s stripes is multi-faceted. The same stripes that deter biting fly attacks may also serve other purposes, including some purposes we may never be able to definitively prove or disprove.

Meanwhile, scientists are looking for new ways to understand zebra stripes, in some cases by studying smaller animals, like the African striped mouse. Who knows, maybe studying other animals’ fur patterns will help scientists further unlock the secrets of a zebra’s signature stripes.