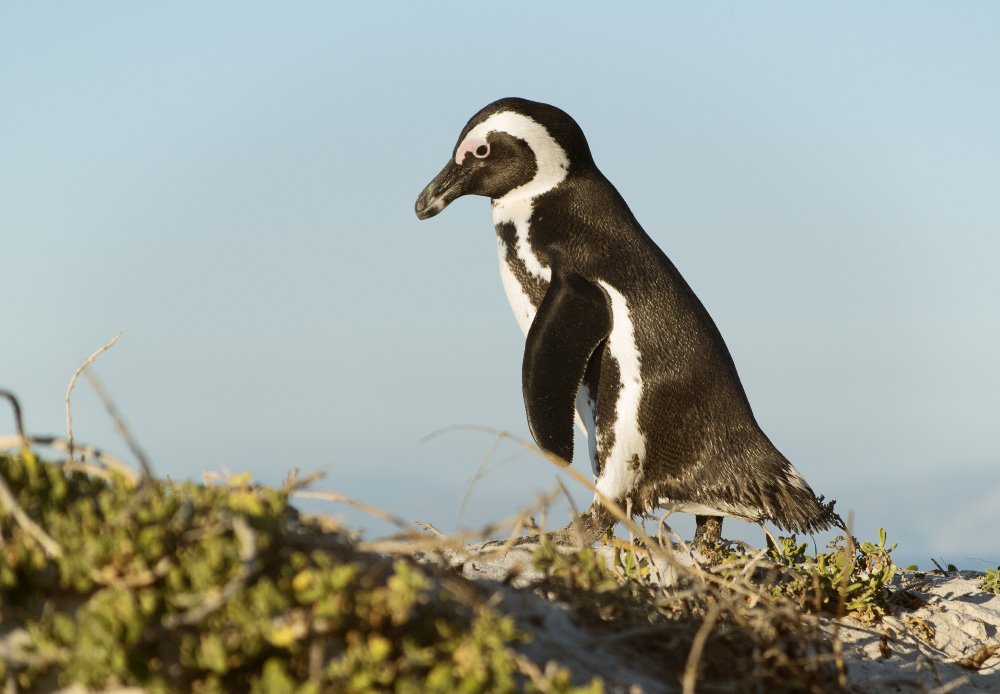 Posted by Bethanie Hestermann on January 20, 2017

This blog originally appeared as a Zoology for Kids guest post for Mom-Spot.com.

Penguins are flightless seabirds that get around by swimming and diving, waddling around on land, and, sometimes, slipping and sliding on their bellies. Scientists have identified more than a dozen penguin species, and each one has an outer layer of waterproof feathers, webbed feet, and flippers for swimming. Penguins frequently preen (groom) and spread an oil-like substance on their feathers, which helps keep their bodies dry and insulated against water and wind.

Penguins vary in size, ranging from the smallest species—the blue or fairy penguin, which weighs just 2-3 pounds and stands around a foot tall—to the largest species, the emperor penguin, which can weigh up to 90 pounds and stand nearly 4 feet tall. Penguins’ habitats also vary. While some species, such as Adélie penguins, live in icy places like Antarctica, other species live in more temperate (milder) climates.

Most penguin species breed in large colonies. (Did you know that a group of penguins on land is sometimes called a waddle?) Penguins are also devoted parents. Many species build onshore nests and share egg brooding, foraging, and chick feeding responsibilities between the mother and father. Some penguins even mate for life!

Penguins are an important part of the marine food chain. They eat mostly fish, squid, and krill, and they’re food for marine mammals such as sea lions and leopard seals, as well as various other coastal predators. By studying shifts in penguin populations, scientists gain a better understanding of the health of marine ecosystems as a whole.

This Penguin Awareness Day, consider how you and your family can make less of an impact on the ocean. Plastic trash that makes its way into the ocean puts penguins and other marine life at risk. If you’d like to start making a difference right now, look for ways to reduce your family’s use of plastic in 2017!