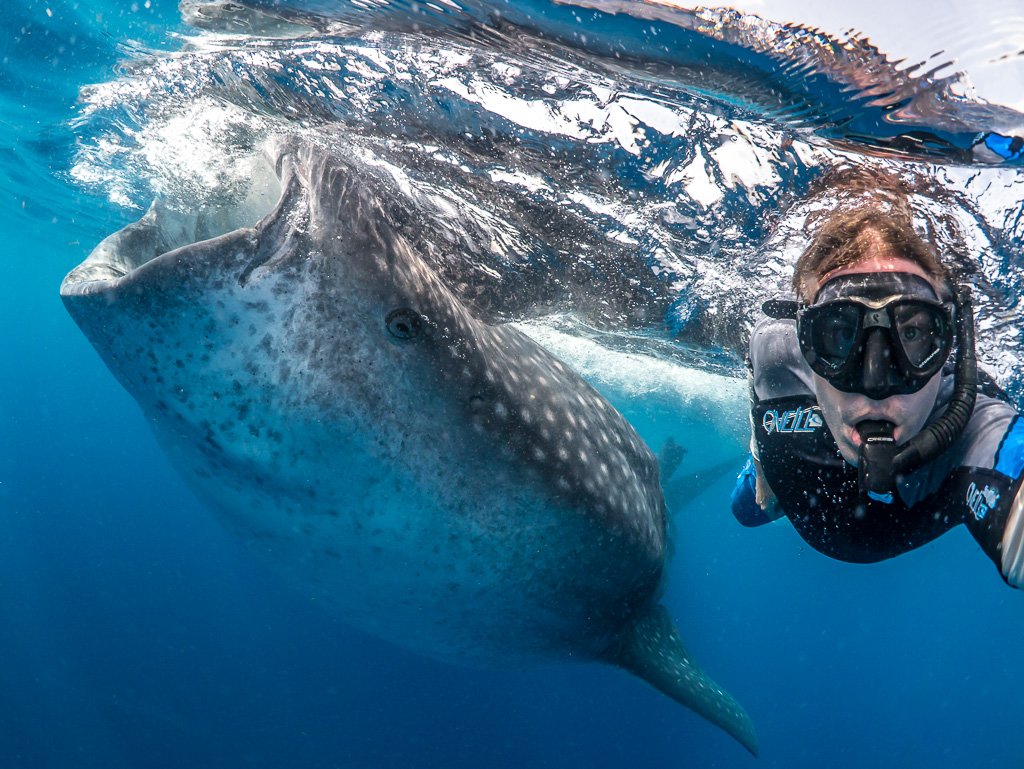 Posted by Bethanie Hestermann on October 22, 2016

Research and conservation are like peanut butter and jelly—they’re simply better together. Marine conservation biologist Simon Pierce, co-founder of the Marine Megafauna Foundation, has seen firsthand how important research can be in conserving species. Just this summer, Simon’s research on whale shark populations helped prompt the species’ reclassification from “vulnerable” to “endangered” by the International Union for Conservation of Nature (IUCN).

Simon focuses much of his attention on whale sharks, but his work also supports other threatened marine megafauna and their ocean habitats. Between research trips, Simon took some time to answer a few questions about his work, as well as the connection between research and conservation. Here’s what he had to say!

ZFK: Why is research important for endangered species such as whale sharks and manta rays?

SP: In the case of many endangered species, and whale sharks and manta rays are both good examples, we simply don’t have much information about them. We don’t know how many are left, we’re not too sure how fast they’re declining, and we don’t know how many separate breeding populations there are around the world.

Researching these animals is important so we can learn more about how to conserve them effectively. For instance, in whale sharks, some of our recent genetic work showed that the Atlantic sharks don’t often move into the Indian or Pacific Oceans. That means when we look at human threats to whale sharks, we have to treat the Atlantic separately.

Researching these animals is important so we can learn more about how to conserve them effectively.

ZFK: In what ways do research and conservation go hand-in-hand?

SP: I think of research and conservation being a constant feedback loop. We need research to ask questions like “is this population increasing, stable, or in decline?” If a population is in decline, conservation initiatives can help to reverse that. Often, the conservation efforts throw up more research questions, such as identifying how long we need to monitor the population before we can tell if they’re recovering.

ZFK: When you are in the field doing research, what does a typical day look like?

SP: I’m in the field now, so this is a well-timed question! We’re on a research boat moored off Darwin Island, the furthest north of the Galapagos Islands. Each morning, we wake up at about 6:00-6:30 a.m. for a light breakfast, then head out diving at 7 a.m. on the two smaller inflatable boats.

On these dives, we spend about 40 minutes underwater, unless we see a whale shark, in which case we swim after it to see whether it’s a male or female, it’s length, who it is (each whale shark has a unique spot pattern, so we photograph them for identification), and then we’ll place a satellite tag just under its dorsal fin.

We do three dives a day, entering data in between, eating and chatting. Then we usually all sit on top of the boat to watch the sunset at the end of the day, which is nice!

ZFK: Can you give one example of a recent research trip, the data you and your team collected, and what you hope to achieve in collecting this data?

SP: Our current trip, in the Galapagos, is focused on learning more about pregnant female whale sharks. We are using a couple of different types of satellite tags to look at their broader movements and also their diving behaviour.

We know little about adult whale sharks as they seem to move offshore [once they reach] around 8 meters length. We suspect the sharks are using a magnetic sense to navigate, and use volcanic islands like Darwin Island as magnetic landmarks in the open ocean. We are trying to identify where the adults actually live, what they eat, and how often they reproduce. That will enable us to know which habitats need to be protected to help them bounce back, and how fast we can expect that to happen.

ZFK: What is one recent example of how your research has made a difference for wildlife conservation?

SP: This year, I led the global conservation assessment of whale sharks for the IUCN Red List of Threatened Species. The information we collated to determine that whale sharks are now globally endangered was gathered by both our research group and many other scientists. The Red List assessment is regularly used as the basis for national protective legislation within individual countries, and we’re working to get whale sharks uplifted to Appendix I on the Convention for Migratory Species on the basis of their newly endangered status.