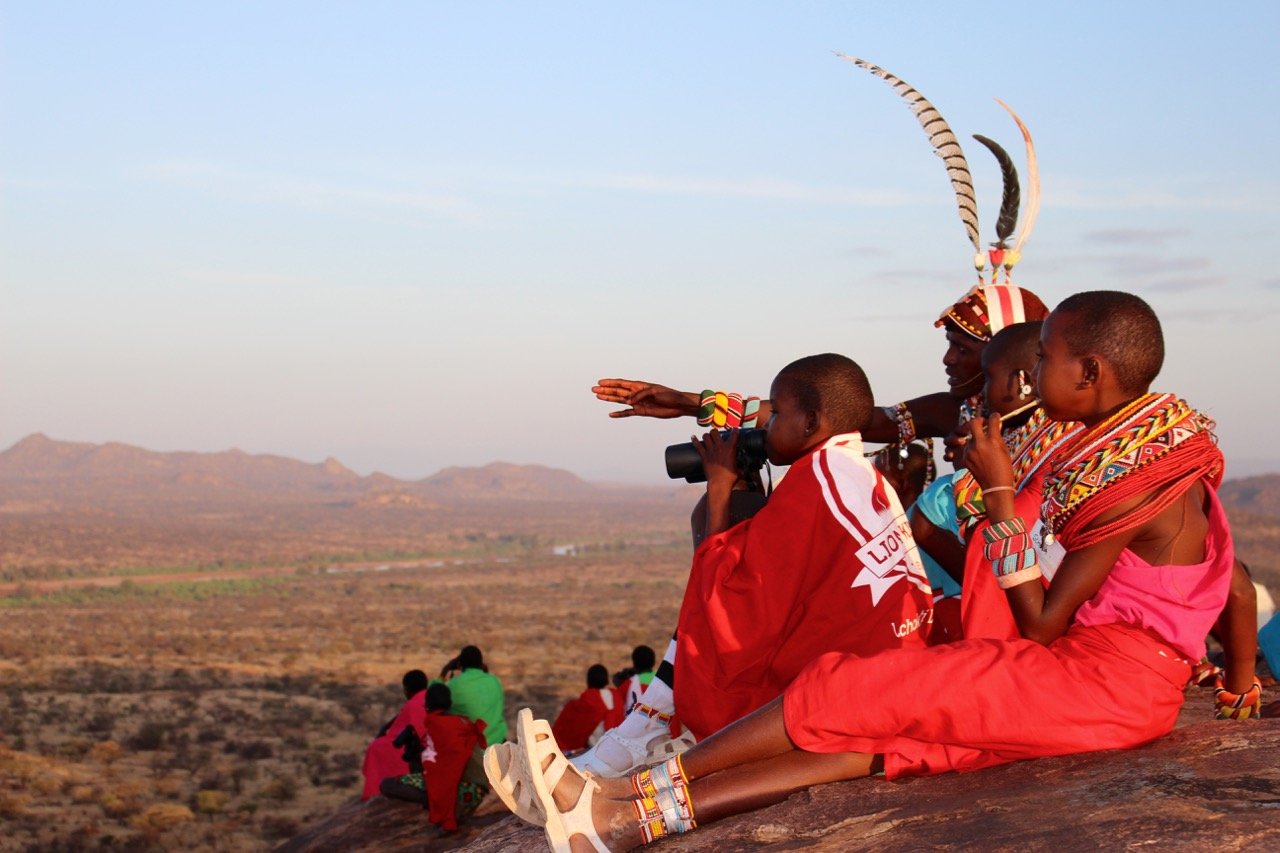 From lions and giraffes to elephants and zebras, the future of Kenya’s wildlife lies in the hands of the country’s youth. To help make sure the next generation of Kenyans is prepared for this responsibility, a nonprofit organization called Ewaso Lions created the Lion Kids Camp program, which brings local children together to have fun while they learn about wildlife and discover their role in protecting the land’s natural resources.

Heather Gurd, Ewaso Lions’ conservation manager, says even though Kenyan children live close to national parks and wildlife reserves, many have not had the chance to observe wildlife at close range or experience what attracts millions of tourists to their country each year. What’s more, in rural areas, children’s perceptions of wildlife are often shaped by negative interactions. Their attitudes may also be influenced by longstanding cultural beliefs and practices. For example, Gurd says in some cultures, hunting a lion is a rite of passage.

Meanwhile, in urban environments, Kenyan children tend to be even more disconnected from wildlife. “Across the country, children lack a sense of ownership over their natural resources and, consequently, do not recognize their role to ensure successful conservation,” Gurd says.

The Lion Kids Camp program is making strides in changing this reality. Since its launch in April 2013, the program has engaged nearly 200 children across four counties in Kenya. While most camps have focused on Kenyan school children, in 2016, Ewaso Lions expanded its reach by holding a Lion Kids Camp for livestock herders, or lchokutis in the local Samburu language. By engaging herders, Ewaso Lions hopes to have an immediate, positive impact on wildlife.

“For the Samburu people in northern Kenya, livestock represents wealth and status,” Gurd explains. “Often, young children are charged with tending livestock whilst out grazing, so these young herders play a vital role in protecting their families’ livelihoods and maintaining cultural traditions. As a result, they spend a significant amount of time in wildlife areas, yet they have limited, if any, exposure to conservation education and training. Many have never even stepped foot in a classroom before—so the whole experience is new and exciting to them!”

While at Lion Kids Camp, campers experience some formal classroom-type sessions mixed with fun activities such as bird walks, movie nights, drama competitions, conservation-themed games and activities, and even “game drives.” During game drives, kids have the opportunity to observe lions, giraffes, elephants, and many other species up close—often for the first time.

For Kenyan boys and girls, attending Lion Kids Camp helps create an appreciation for wildlife and an understanding of the importance of conservation. In doing so, the program is cultivating a new generation of wildlife ambassadors who recognize their role in preserving Kenya’s incredible biodiversity. When campers return home, the hope is that they will spread the conservation message to their friends and families.

“Attitudes formed at a young age tend to last a lifetime, so environmental education presents an invaluable opportunity to forge long-term conservation values and to cultivate a new generation of wildlife ambassadors,” Gurd says. “We encourage kids to become Lchokuti Lalng’atuny or ‘herders of lions’—the next generation of wildlife biologists, vets, tour guides, rangers, and conservationists.”

Ewaso Lions has plans to expand its program by establishing a permanent headquarters and increasing the number of camps held each year to 10 or more. As the program grows, more kids will have access to Lion Kids Camps and, ultimately, Ewaso Lions’ important conservation message.