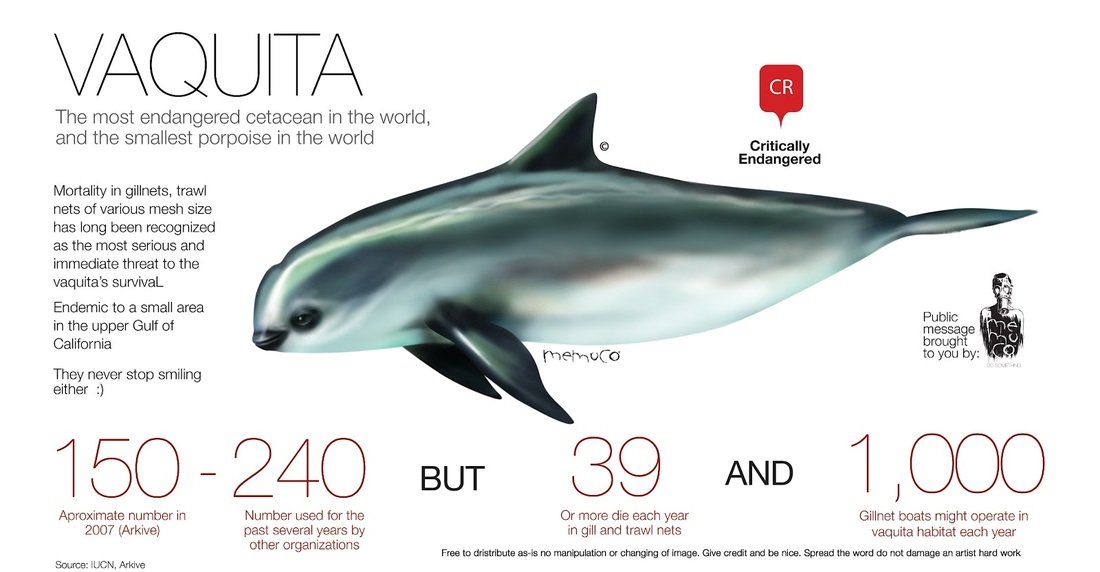 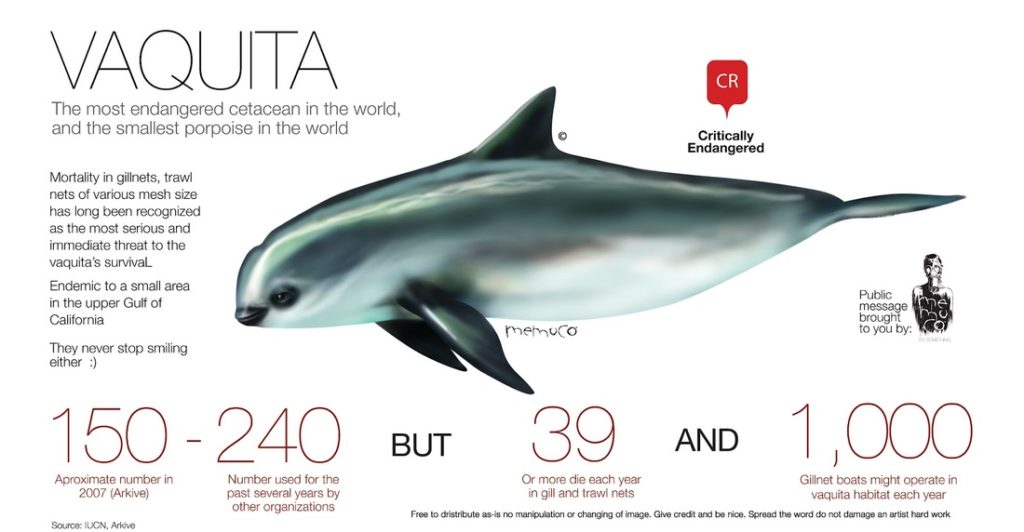 Since we last blogged about the vaquita, the world’s most endangered marine mammal, in July 2016, the situation has become grimmer for these tiny porpoises living in the Gulf of California. Just yesterday, the IUCN-SSC Cetacean Specialist Group provided an update on the decline of the vaquita due to continued illegal gillnet fishing for totoaba fish in the vaquitas’ habitat.

Analysis of the latest acoustic survey in the Gulf of California suggests the number of vaquitas has dwindled to about 30 individuals. Unfortunately, since the survey took place in November 2016, there may be even fewer vaquitas today than there were when data for the 2016 Acoustic Monitoring Program was being gathered. The program uses acoustic sampling equipment at various monitoring sites within the vaquitas’ habitat to measure the animals’ acoustic activity (their clicks).

What can be done? In an emergency ex situ conservation program to save the species, scientists, as part of the Vaquita CPR (Conservation, Protection and Recovery) effort, are planning the temporary removal of a small number of vaquitas to sea pens (seaside enclosures) near San Felipe, Mexico. There, scientists hope the animals will be safe enough to procure a future for the species.

Capturing these elusive animals may be tricky, even dangerous for the vaquitas, so scientists are planning to proceed with extreme caution. Trained dolphins that are part of the U.S. Navy Marine Mammal Program are gearing up to play an important role in the effort. Similar to the way the Navy-trained dolphins locate sea mines using echolocation, the animals will use their natural sonar to locate vaquitas in the Gulf of California, before surfacing and signaling their find to humans on a nearby boat.

Want to help? Spread the word about the endangered vaquita porpoise by sharing this blog on social media and using the hashtags #VivaVaquita and #4aPorpoise. Alternatively, you and your family can donate to the Vaquita CPR (Conservation, Protection and Recovery) effort, which is currently set to begin in May.