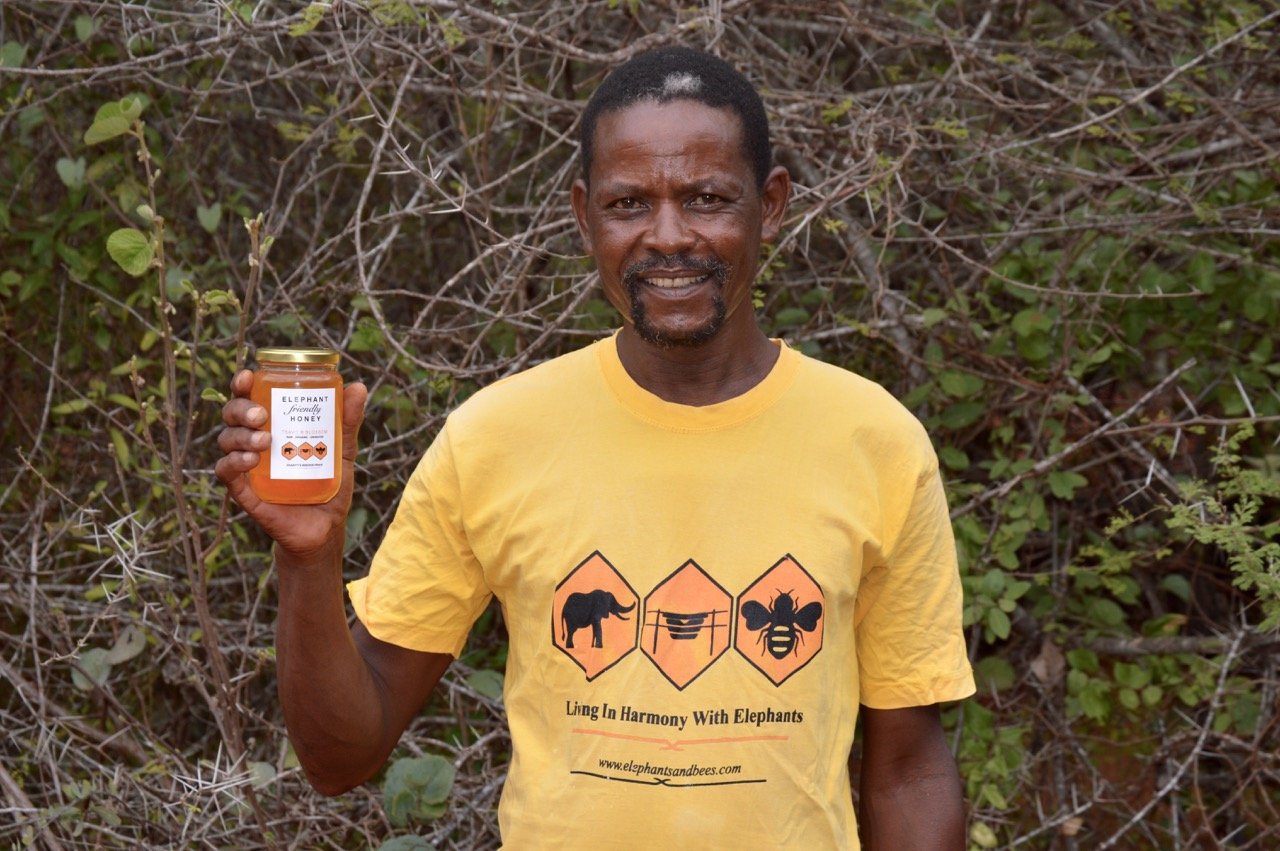 Posted by Bethanie Hestermann on September 3, 2017

Majestic. Powerful. Awe-inspiring. Intelligent. These are just a few of the words that may come to mind when you think of a fully grown African or Asian elephant. But for farmers who are trying to make a living in places where elephants also roam, these iconic mammals can be more like giant pests.

Global elephant populations have taken a huge hit in the past century due to poaching. With the help of multiple conservation strategies, including a CITES ban on the ivory trade, African elephants in particular have begun to recover. However, according to Save the Elephants, a research and conservation organization, African elephant herds are returning to a different world—one that is densely settled by people.

As a result, human-elephant conflicts have become a problem. For instance, in some cases, elephants are exploring old migratory routes and finding themselves blocked by human developments. In other cases, elephants come across farms and, since they’re opportunistic grazers, they break in and raid the farm, eating crops and trampling the land.

Elephant crop raids can devastate a farmer’s livelihood. To minimize damage, farmers may try to save their crops and properties by confronting elephants, using various scare tactics that can lead to elephant aggression. As a result of these conflicts, both humans and elephants have died.

What can be done?

Lucy King, head of the Human-Elephant Co-Existence Program for Save the Elephants, is also the project leader for a unique research program called Elephants and Bees. King says: “Elephants are often seen as pests, especially in human-elephant conflict hotspots. Elephants will raid just as the crops are ripening and the farmers are preparing to harvest. A single elephant raid can leave a farm totally devastated and the farmer left with no produce to survive off.”

King and team began looking for non-violent ways for humans and elephants to co-exist. Almost by accident, the team discovered elephants are afraid of bees and will run away from hives when they hear that tell-tale buzz. The researchers used what they’d learned to envision, test, and install Beehive Fences along the borders of farmlands.

Beehive Fences are made using locally sourced materials. Every 10 meters, bee hives or dummy bee hives are hung along interconnecting wire. If an elephant attempts to break through, the beehives swing and release the bees, deterring elephants with an 80% success rate.

King says farmers are eager to participate in the program, which is currently being tested and/or used by communities in 14 countries across Africa and Asia. “Many of our farmers were unable to successfully harvest their crops for many years prior to their Beehive Fence and were having to find a source of income from other means,” she says. “Since the project began in our area, we have seen a dramatic positive change in the farmers’ attitudes towards elephants.”

As if an 80% success rate at deterring elephants from crop raiding weren’t enough, Beehive Fences also provide an additional source of income for farmers through the harvesting and selling of Elephant-Friendly Honey. While testing and implementing the fences is the program’s main focus, King says her team is also learning how to make lip balms, candles, and body creams from bees wax in order to continue to make Elephant-Friendly Honey products profitable for farmers.

Elephants and Bees also works closely with local schools, engaging children in conservation lessons that teach about the ecological and economic significance of elephants. “I hope that children will start to see wild animals and the natural environment as part of the health of their future planet,” King says.

While it can certainly be overwhelming to try and make a difference in a world filled with conservation challenges, King says one strategy is to simply pick one and get started. “(I)f everyone just picked one challenge or one species to protect, however small or close to home, we could all make a difference,” she says.

If everyone just picked one challenge or one species to protect, however small or close to home, we could all make a difference.

If you and your family are interested in contributing to the Elephants and Bees program, please click here for more information.

5 Comments on “Elephants and Bees”