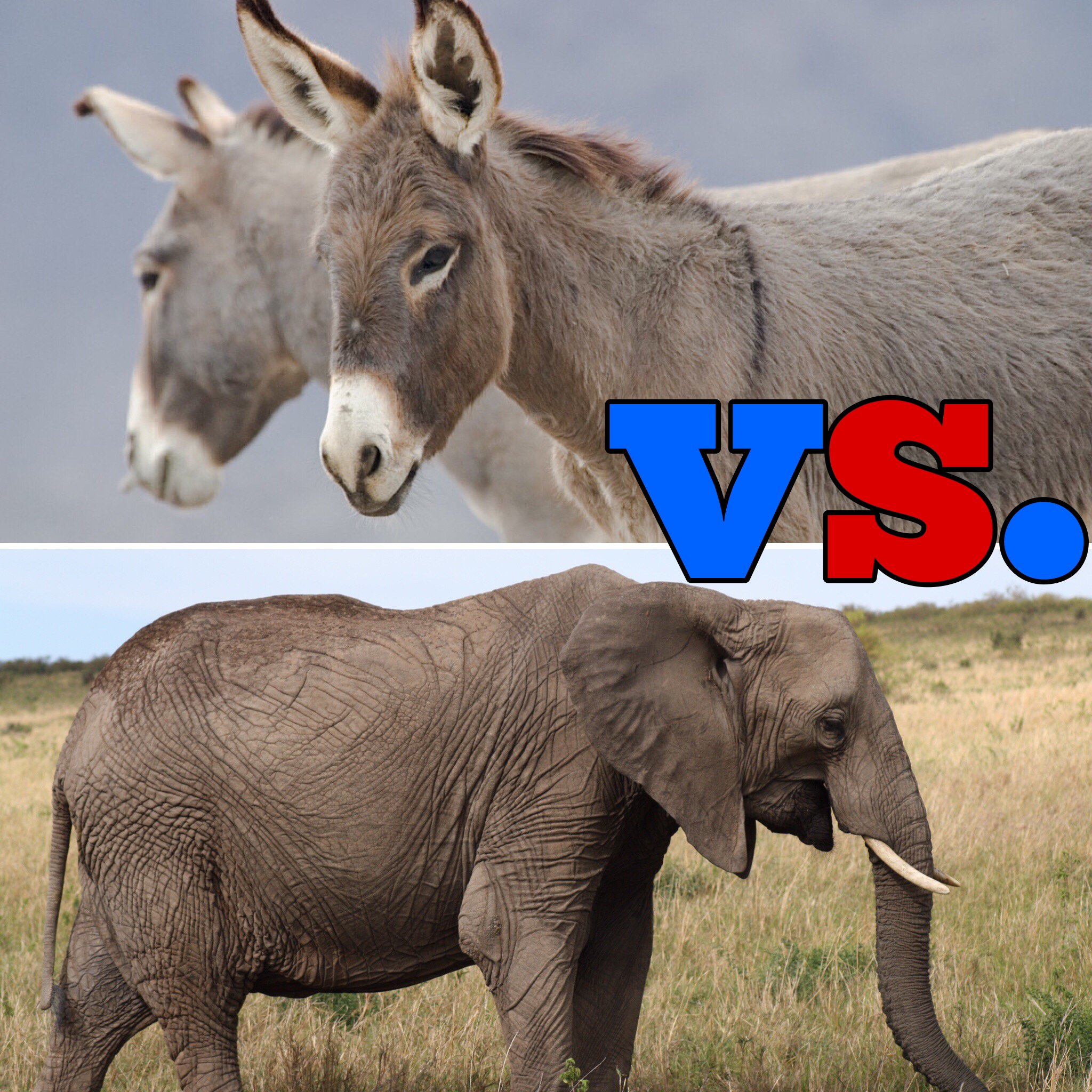 Posted by Bethanie Hestermann on November 7, 2016 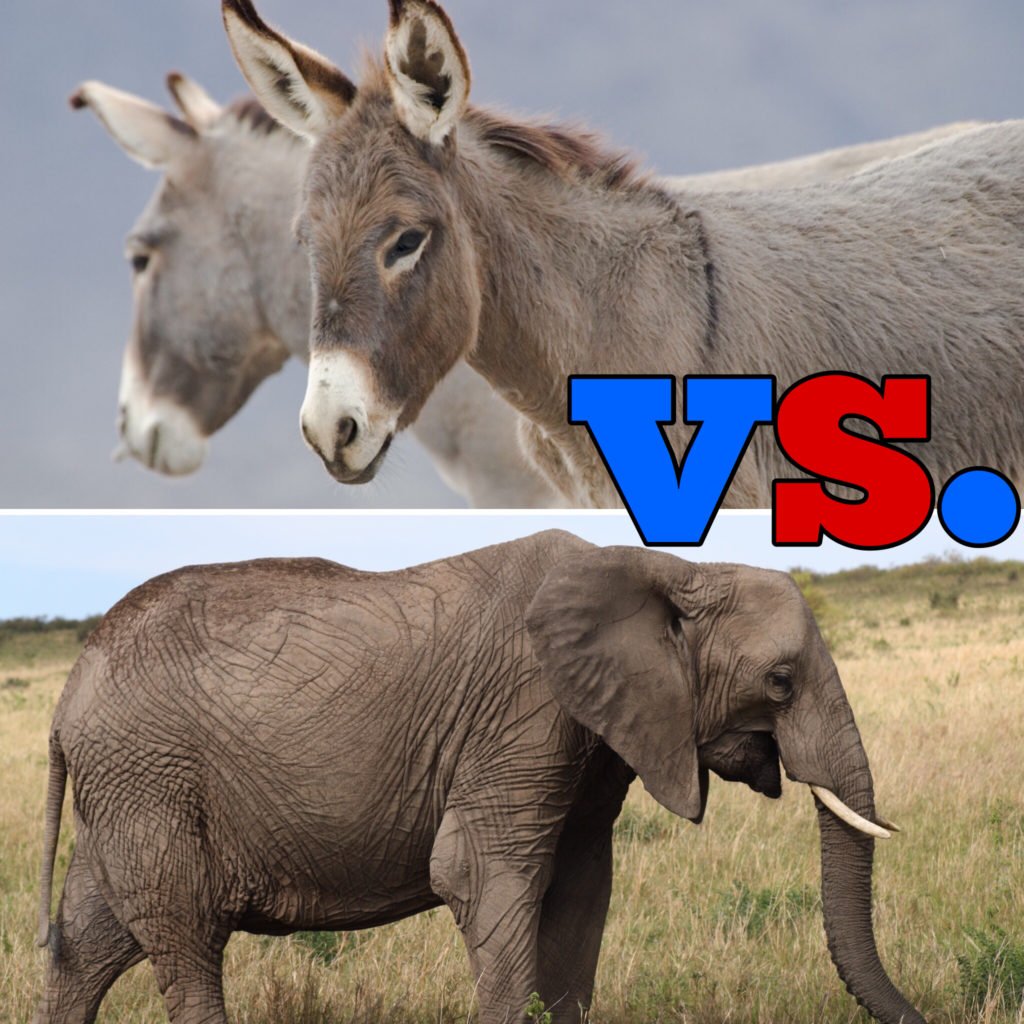 Back in the 1800s, a cartoonist named Thomas Nast helped popularize the use of a donkey and an elephant to symbolize the two major political parties in America—Democrats and Republicans. Tomorrow is Election Day, and, to celebrate, we’re completely ignoring presidential candidates, political platforms, and scandals. Instead, we’re highlighting the animals that front the Democratic and Republican parties. Enjoy this break from the mayhem!

(Learn more about why donkeys and elephants came to represent their respective political parties here.)

The Donkey: A Steadfast Beast of Burden

Relatives of horses and zebras, donkeys tend to be stocky, with floppy ears. They’re often grayish in color, and their coats may be solid or patterned with spots or stripes. Herds of wild donkeys generally include a single male (called a jack) and multiple females (called jennies).

Donkeys are social, they’re physically strong, and they can be strong-willed, which has led to their reputation for being stubborn. Thanks to their naturally calm disposition, donkeys tend to make good companions for humans as well as other animals.

While domesticated donkeys are abundant, their wild counterparts aren’t necessarily so. For instance, one subspecies, the African wild ass (Equus africanus), is listed as critically endangered according to the IUCN Red List of Threatened Species.

The Elephant: A Dignified Ecosystem Engineer

Elephants, the largest land mammals on Earth, can be more than 10 feet tall and weigh more than six tons (12,000 lbs). These huge herbivores have a commanding presence in their ecosystems, in part because they require a lot of food, water, and space.

Both African and Asian elephant species have wrinkled skin, large ears, and long noses called trunks. Elephants’ trunks are like multi-purpose tools they use to breathe, smell, grasp, drink, and make their signature trumpet noises.

African elephants (Loxodonta africana) are native to sub-Saharan Africa, and there are at least two subspecies: the savanna elephant and the forest elephant. Male and female African elephants grow tusks, which are actually teeth. Asian elephants (Elephas maximus) are smaller than their African cousins; they have smaller, rounder ears, and only the males grow tusks. The three Asian subspecies live in fragmented populations throughout India and Southeast Asia.

Elephant herds are led by a matriarch, and elephant moms are pregnant for nearly two years before giving birth! In part because elephants have such a long gestation period, they don’t reproduce very quickly. Sadly, these social, intelligent animals are frequent victims of habitat loss and poaching, and, as a result, there are far fewer elephants than there once were.

No matter which presidential candidate you vote for this Tuesday, remember that you and your family’s everyday actions can be like mini “votes” that support the wildlife and wild places you love most!

>> Learn more about wildlife trafficking and what you can do to help.

>> Learn more about what scientists are doing to protect endangered species.