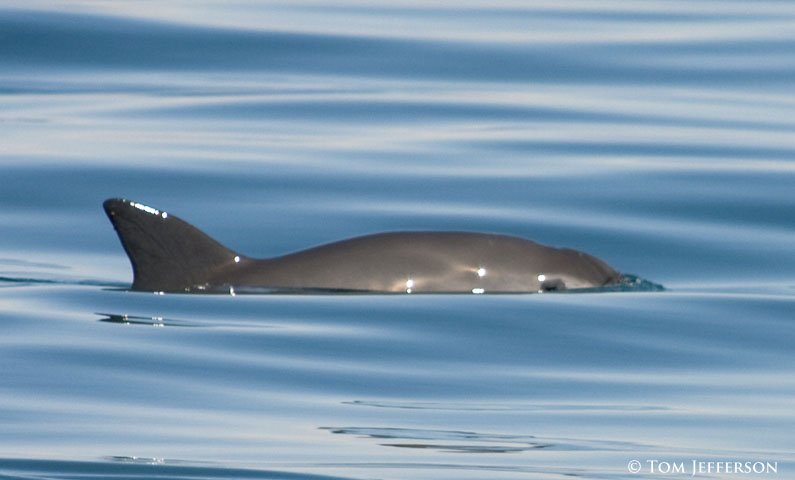 Finally, some good news for the littlest marine mammal you’ve probably never heard of—the vaquita (va-KEE-tah)! Mexican authorities recently announced a permanent ban on the use of gillnets in this endangered species’ home range, a protected area of the upper Gulf of California. Hopefully, the ban will reduce the number of vaquitas that become entangled in fishing nets meant to catch other species.

The vaquita porpoise (Phocoena sinus) is the smallest known cetacean (a group of aquatic mammals that includes porpoises, dolphins, and whales). Today, there are only about 60 or fewer vaquitas left, in part because of illegal gillnet fishing for totoaba fish in the Gulf of California. When fishermen use large gillnets to catch totoaba, they sometimes catch vaquitas as “bycatch.” When an air-breathing mammal becomes entangled in a net, it often drowns because it can’t escape to the surface to breathe.

Bycatch isn’t just a problem for porpoises like the vaquita, and it’s not just a problem in Mexico, either. Sea turtles, dolphins, sea lions, and even seabirds can become entangled in fishing gear that does not discriminate between the animal it’s supposed to catch and an endangered animal that’s simply in the wrong place at the wrong time.

The gillnet ban in the upper Gulf of California is a positive change, but bycatch is still a problem for ocean ecosystems worldwide. Governments, fisheries, scientific communities, and consumers must continue to put their heads together to make sure humans sustainably use the ocean’s resources. If we don’t, the vaquita and many other species may become extinct.